I found these photos of the snow last month still on the camera so thought I would post them to show we did actually have some snow. 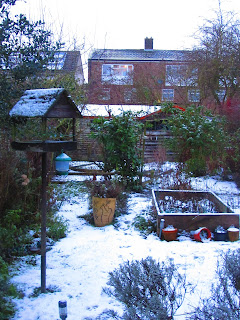 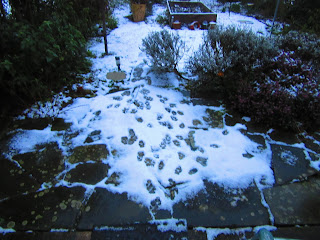 Today I was very happy because I had my Skype consultation with the private clinic to find out the results of the tests I had. I actually know now what is wrong with my gut and how to put it right. I have virtually no friendly bacteria and quite a lot of stuff which is harmful. I have been taking a probiotic recommended by the hospital for nearly a year but it has done no good which didn't surprise me. There are a few other things on the action plan as well. This test is not done on the NHS but would save them a lot of money if it was.

Now I am finally starting to shake the cough and flu off I walked to the town partly to pick up a prescription and some cards and for the exercise and Vitamin D sunshine. I am on the borderline of low so trying to get back outdoors more again.  I took my camera and on the way I heard the robin singing on a tree near the fire station so took a photo. 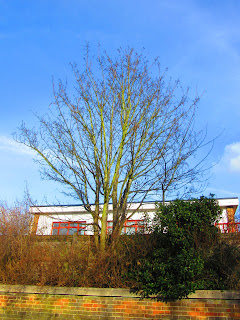 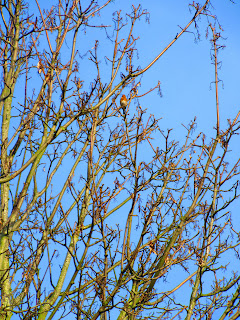 I couldn't zoom in any more without making a fuzzy photo.

The idea was to walk back taking photos of my route to post but I had a bad flare up of pain and sickness so just struggled to get home then spent the rest of the afternoon on the bed with a wheat bag but was able to use the time making phone calls. In spite of the flare up I am happy that I can start getting better even though I know it will take time.
Posted by Jean at 12:46