I went back to Clacton for a few days to visit DD as she had to have her last dog put to sleep and for the first time in years she has been without one. It was sad but also a relief to her as she knew it was coming and there were a few false alarms. Also since this dog had pancreitis 2 years ago and nearly died she's had to have a low fat diet which she didn't like and that caused her to have toilet accidents.

DD has been ill for 11 years since she caught swine flu at the care home we both worked in. She was very ill with secondary infection and has since been diagnosed with CFS so she is  restricted in what she can do. Really the dogs took all her energy so when I do visit we don't get to do much. I went to give her a bit of support and also steam clean the carpet. DD manages to clean the spots but can't cope with a major clean. We were also able to have some fun. The day after I arrived we decided to go to the beach about 10 am before it got too hot. We took it in turns to sit with our belongings and I had a lovely time with a bit of swimming and lots of floating. DD's energy levels would only let her float but it was the first time in years she has been in the sea. This is the beach. 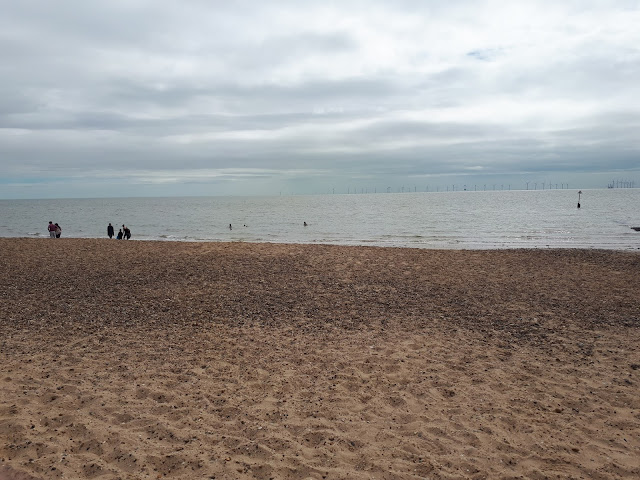 DD is one of the dots in the water. We then had fish and chips and a pot of tea and headed for home so DD could have a sleep. We didn't go again as it became much hotter and also DD can't do much two days running. We did manage to see BIL and his wife which was lovely. We also took advantage of the eat out to help out offer the day I arrived at our favourite eatery near DD's home.

I was allowed to stay with DD but we tried to stay apart and no hugging which was hard.

Today DB and I went to the nearby carvery to use the offer again. We both had the roast which was a bit tricky as I had to carry them both back to the table as no way DB could stand in the queue or walk back with a dinner. It was delicious though and we also treated ourself to an icecream pudding. 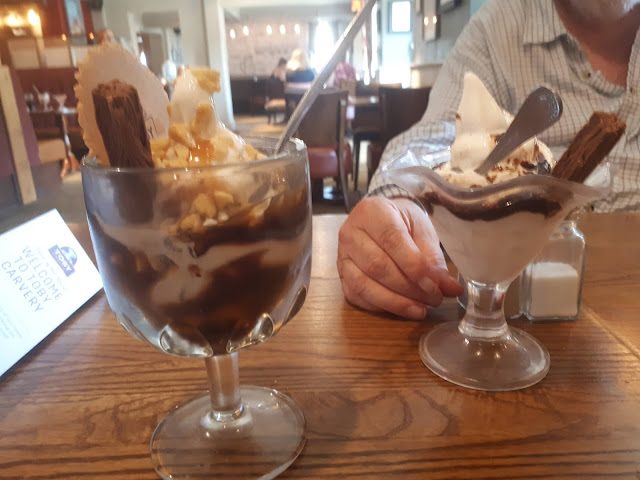 I've taken to having a walk most evenings when it's cooler and quiet. I usually sit for a while beside the river watching the water birds. It is so peaceful and relaxing.