While we were at Clacton we had a drive into Brightlingsea, a lovely old fashioned little town on the mouth of the river Colne. It is a limb of Sandwich which is one of the cinq ports and the only one of the ports and limbs in Essex. I would have liked more time to explore and perhaps take a ferry trip across to Mersea Island.

We enjoyed what we did though. We sat in the Victoria tea rooms for coffee watching a large group of older ladies watering the flower beds and baskets.  We did wonder if they had entered the Britain in Bloom competition. We had a wander around the shops and I bought a lovely knitted hat in a charity shop. It looked new and I wondered if it was an unwanted gift.

We had a wander along the beach and enjoyed the peace.  There is a lido here but it was closed that day. I have wanted to swim in it for quite a while. It was opened in 1932 along with many others around the country. It became run down and then the Brightlingsea Lido Trust took over and with lots of volunteers got it back up and running. 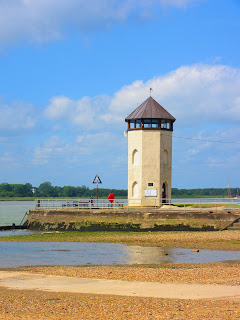 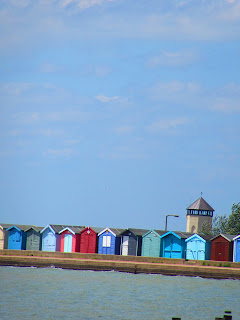