Trying to keep away from the crowds on the tow path I walked through the nature reserve where there was nobody. Then across the flood meadows which are very dry now and just one photographer at the start and 2 men standing near the end chatting. I took some pictures in the lane of the stream. 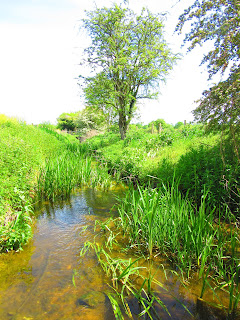 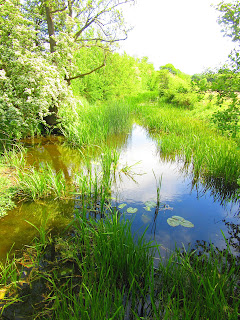 I kept to the fields and came across so many buttercups. The photos don't do them justice. 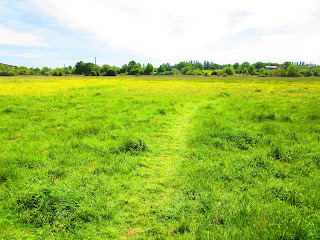 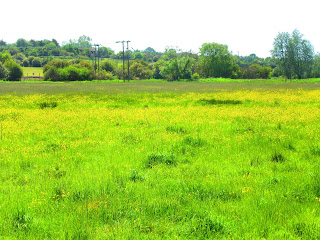 It reminded me of Wordsworth poem about the daffodils.

I ended up walking across the golf course again which is the first time since they re-opened. I thought as people were going back to work there might be nobody there but I was wrong. It wasn't too crowded so after waiting for a couple of socially distanced golfers to have their shots I walked across to the cricket field. A few people there but its a huge field so nobody near. I wont be walking on the golf course again now but I enjoyed it while it was empty.