This was cancelled the first night due to cloudy conditions so I was rebooked free the next night. After my enjoyable day in a small group this was a bit of a let down. It was a rush to start with as our mini-bus fan belt went on the way home earlier so we didn't get back to the hotel until 20 to 8 so it was a rushed dinner then into the lobby by 8.30. The feeder coach took us to the bus station again and I was pleased to see 2 ladies from the day trip on my bus. They said to stick with them and we would try and get Siggy for our guide. As we got off the bus Siggy was there and said he had 3 seats so we went with him but unfortunately I ended up at the back of the coach apart from the 2 ladies and didn't see them again although I was with a nice Chinese girl. We were heading for the car park of a bar on the south coast but on the way excitement as it seemed something was happening in the sky so we stopped and some got off then back again as it was a false alarm so we carried on to our original destination. There were between 30 and 50 coaches there and hundreds of people milling about so apart from a brief word with Siggy I was on my own in the pitch black freezing cold. All I saw was 2 long grey lines which apparently is the sign the lights are coming. I think there was a little bit of yellow briefly but nothing else. Eventually the coaches lit up as a sign to go and then what panic trying to find my coach. The Chinese girl offered to send me a beautiful photo of green swirling lights. I was puzzled as I had not seen that but she said it is technology and you have to set your camera a certain way and it will pick up things the naked eye can't see. I refused her kind offer as I wanted to see the lights myself.

The next day I went to the TI and booked another trip to see the lights but this time a small group. At 8pm that evening Frederick collected me in a mini bus then round about to pick up a few more so we were just a small group of about 10 heading out to the Thingvellir national park. I sat up front with the driver and it was much friendlier than the previous night. We didn't see the lights in spite of the amazing clear sky showing up so many stars. Frederick really entertained us and took us to several places up until 1am but still no lights. 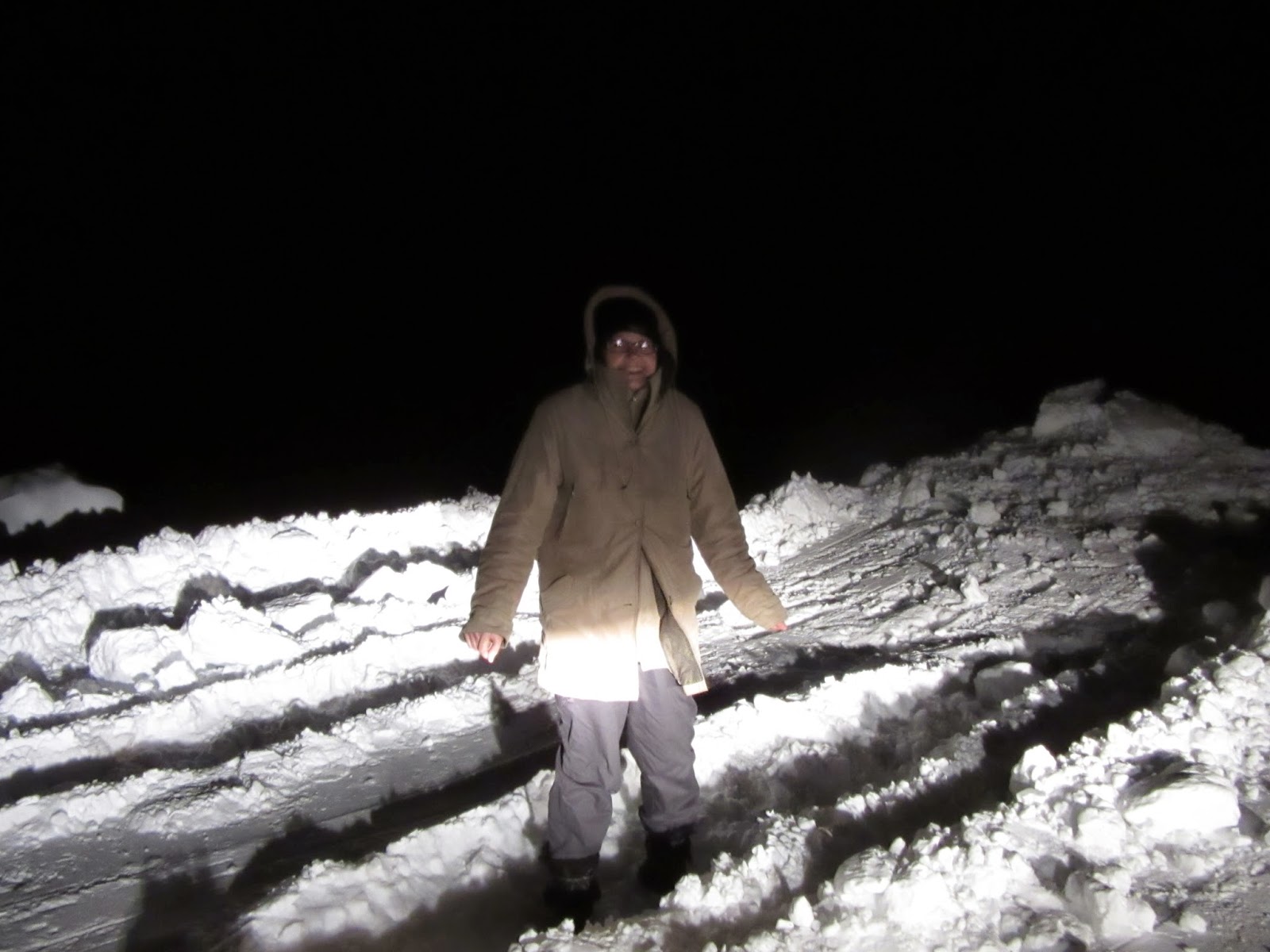