It was still dark but I set out from the hotel to walk along the sea-front towards the harbor. It was just a few minutes walk across two roads to get to the footpath right next to the sea. The views were stunning as the sun rose. 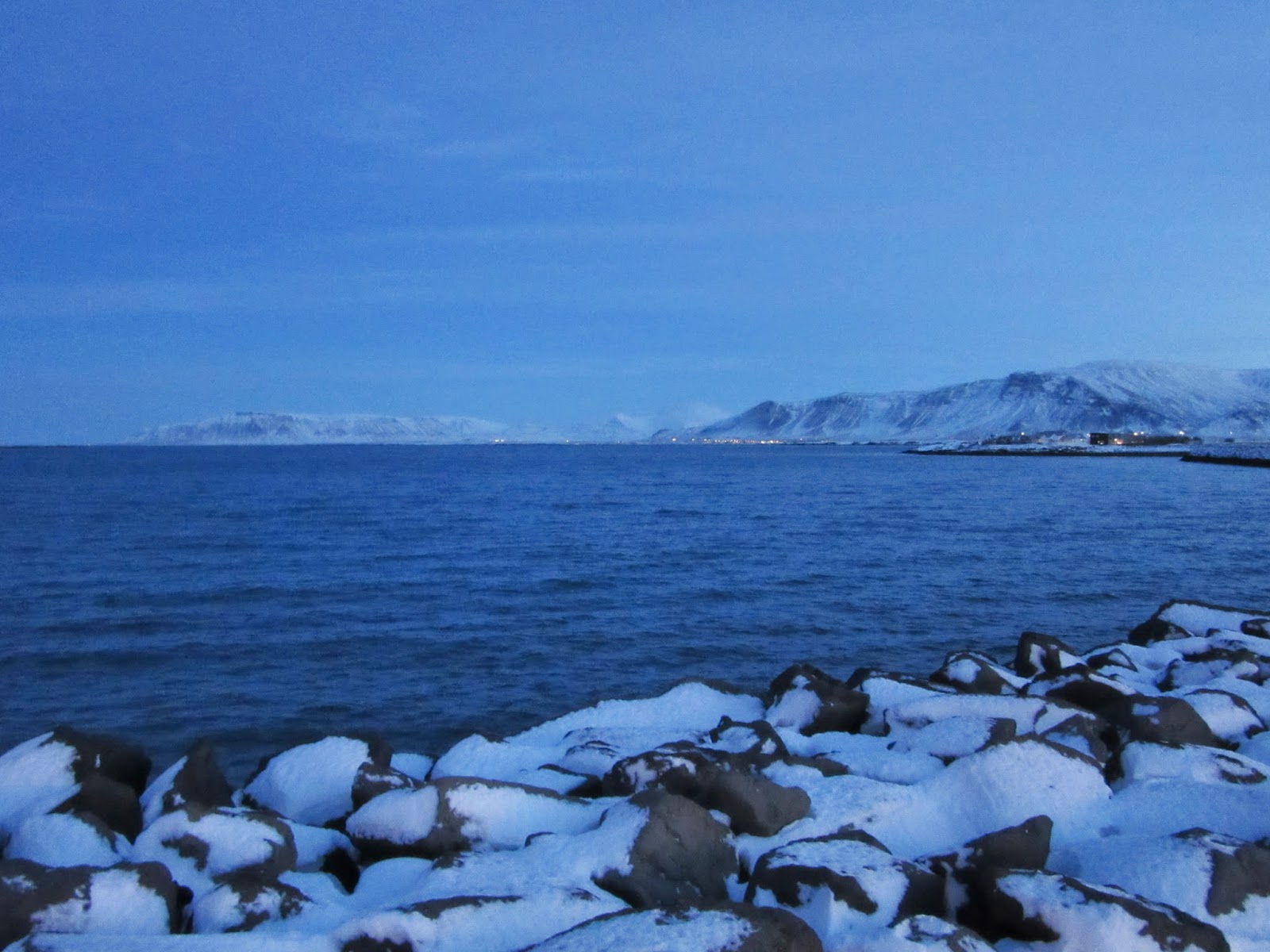 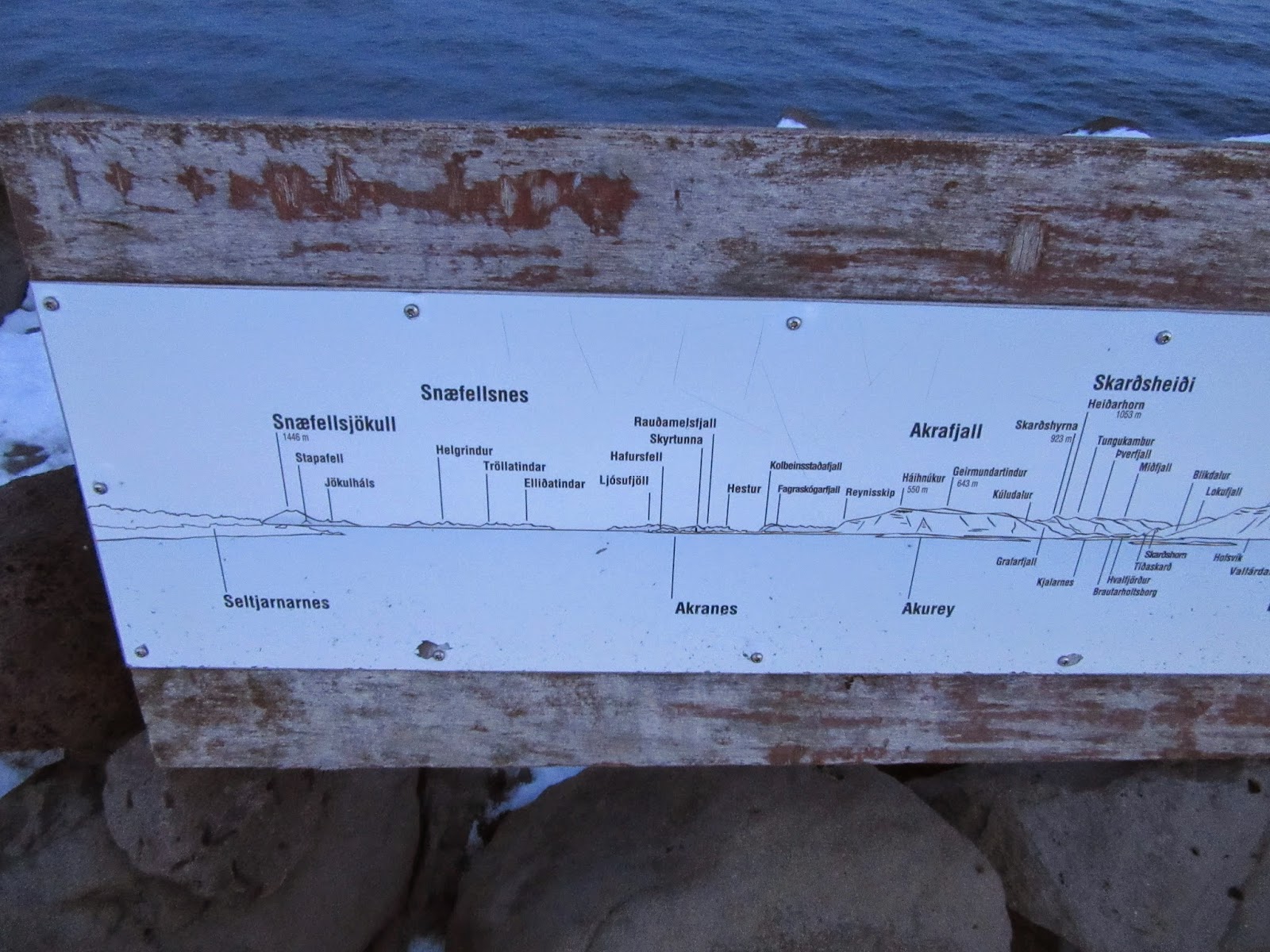 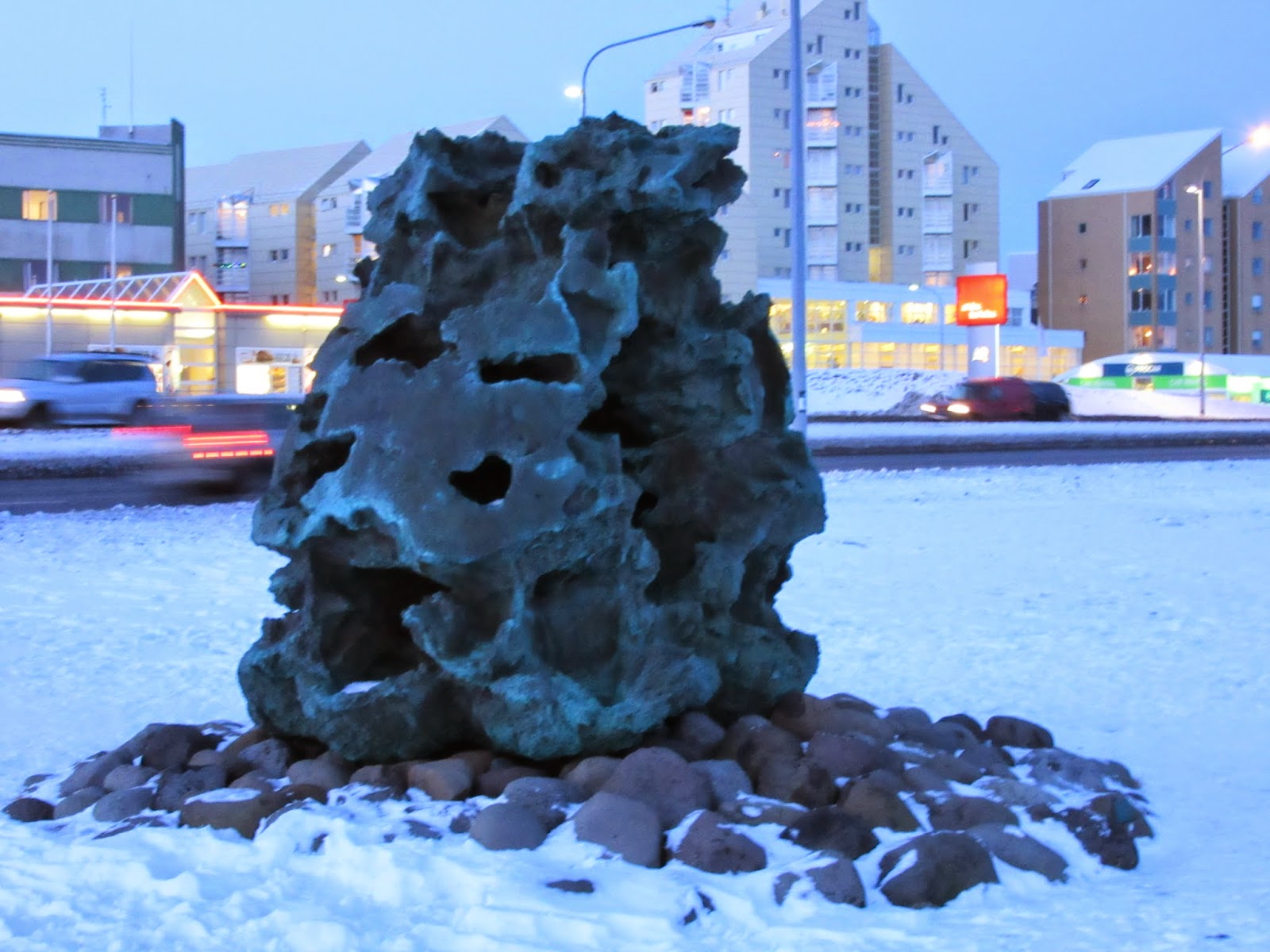 The mountains were named on a board so we could see what we were looking at. There were many different art works along the way such as this strange one. Saw eider ducks in the harbor and surprised they were so pretty. Lots of boats to look at and I found the office to book the whale watching which is another story! I was looking for a coffee shop and was directed into a book and craft shop! It was so lovely as the seats were scattered around and I found a good spot in an armchair by a window. 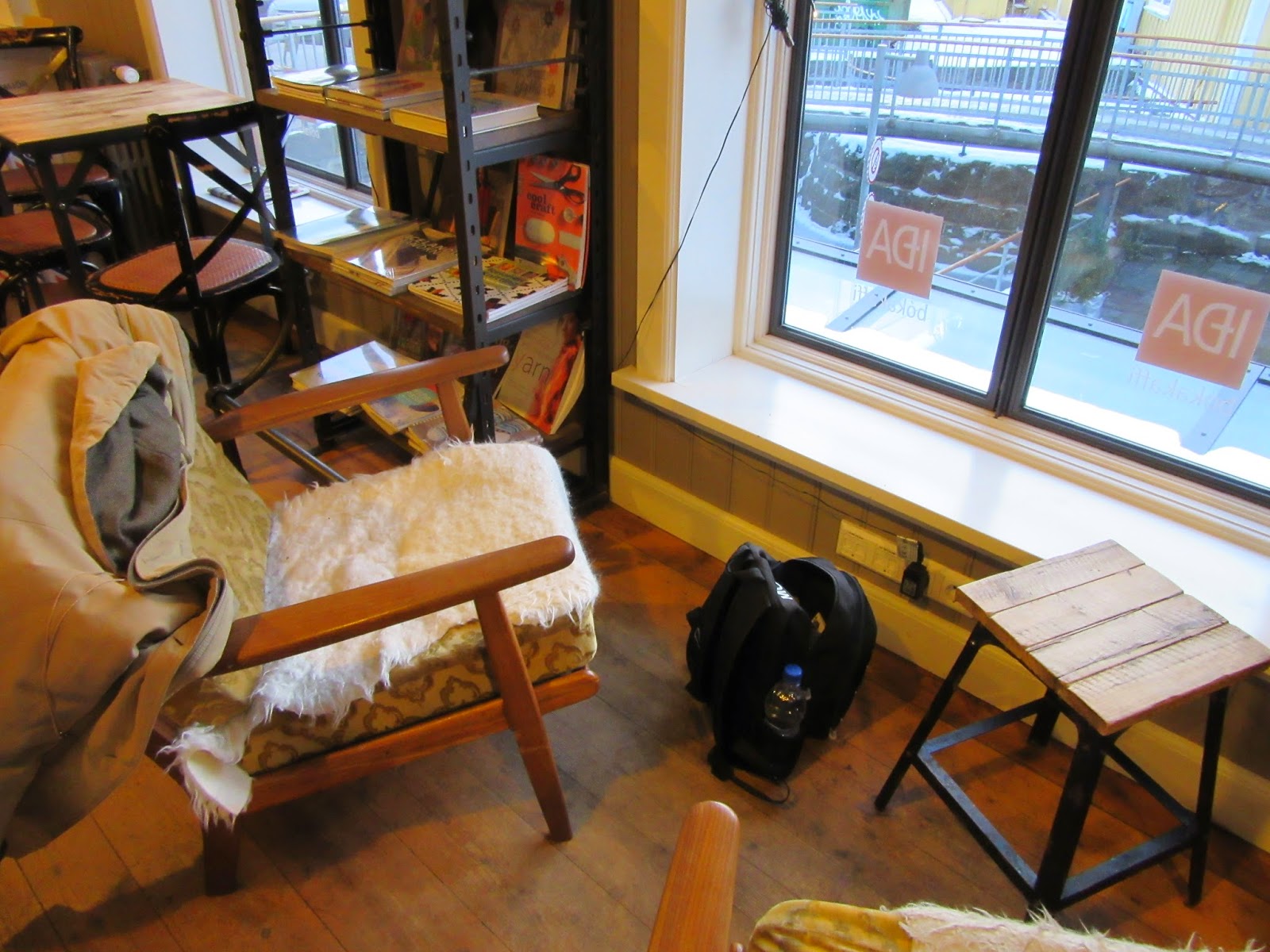