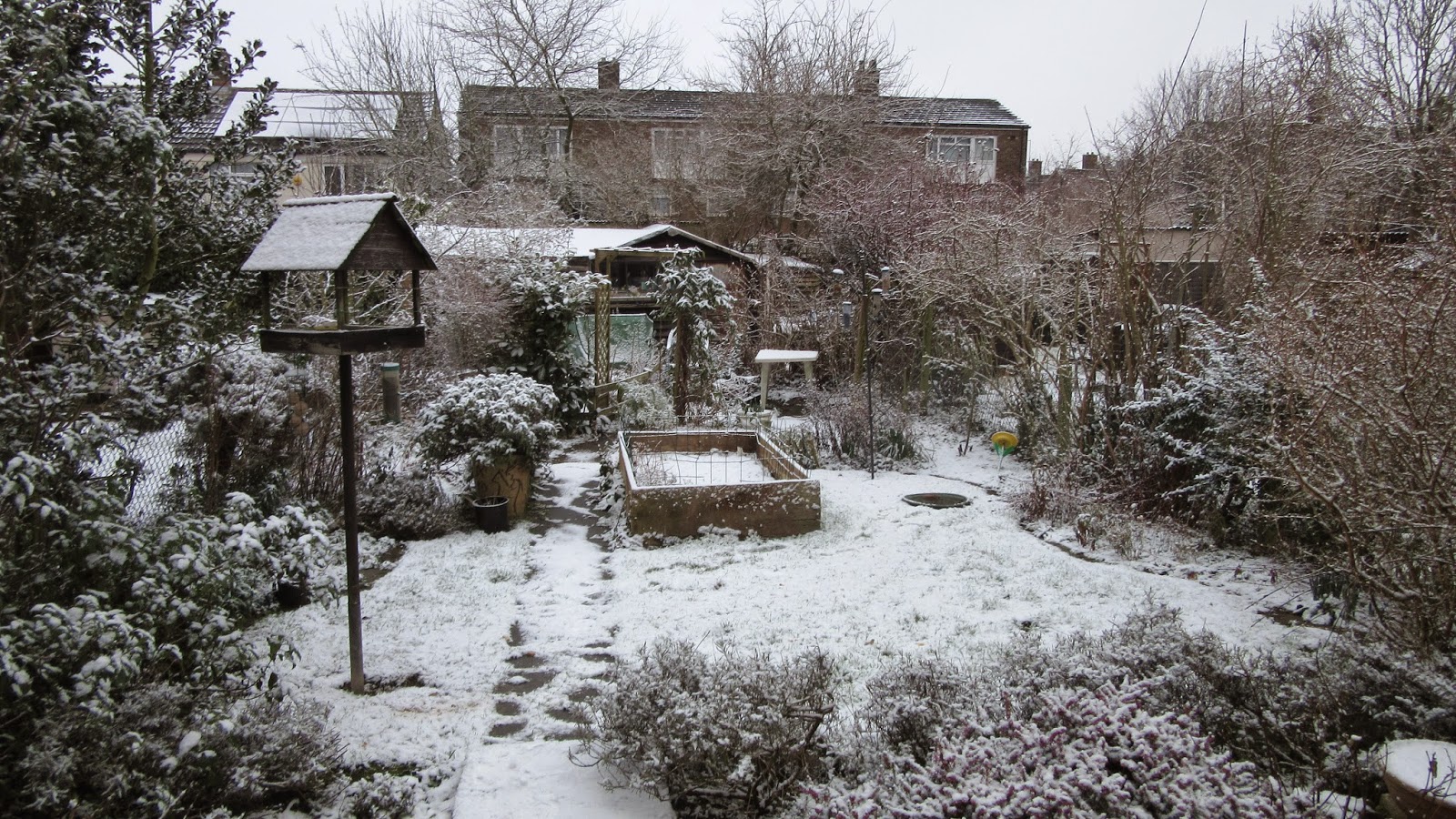 The garden looks a lot tidier covered in snow!

I try to get various indoor projects finished in the winter as I am too busy outside in the summer. I never accomplish every thing I want to. This year was to try and get on with the blog which is happening slowly. Finish sorting a hamper of photos, postcards and various other memorabilia. This is nearly done. Sort out 3 drawers and a cupboard in the living room which hasn't even been started. Learn how to use my new camera and this I am slowly doing. I am trying to walk with our daughter and her dogs most days and this is going well too. I have only used the exercise bike a couple of times so that is a bit of a failure. I wanted to make a scrap/memory book starting in January so by the end of the year I wont have heaps of bits and pieces in a box. I have the January items and the book so that should get done. 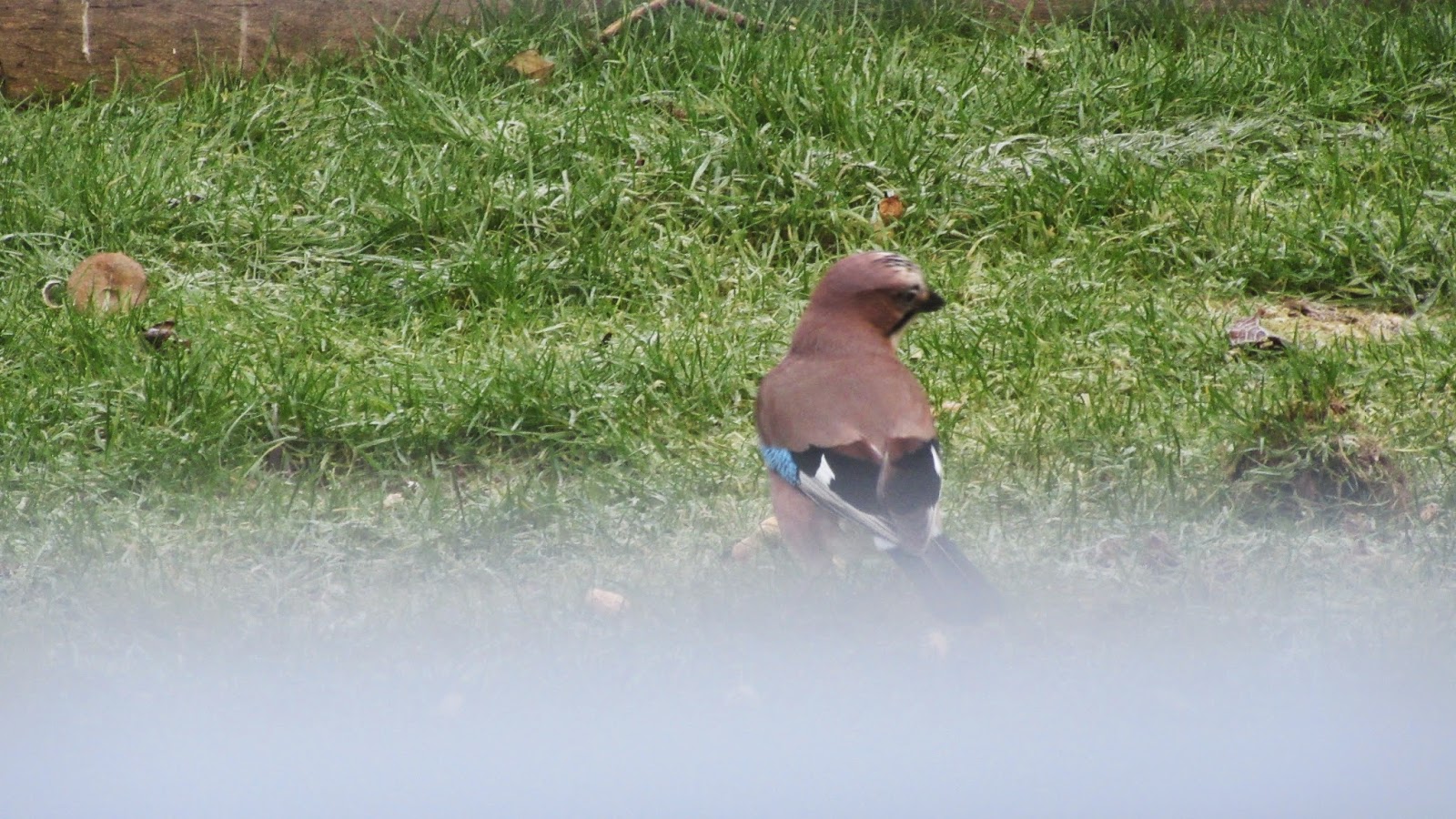 Am getting plenty of birds in the garden including this Jay which I photographed through the kitchen blinds hence the foggy border. As soon as I put the monkey nuts out down come a couple of jays and several jackdaws and it is really amusing watching their antics. During the summer I regularly dig up nuts the jays have buried. 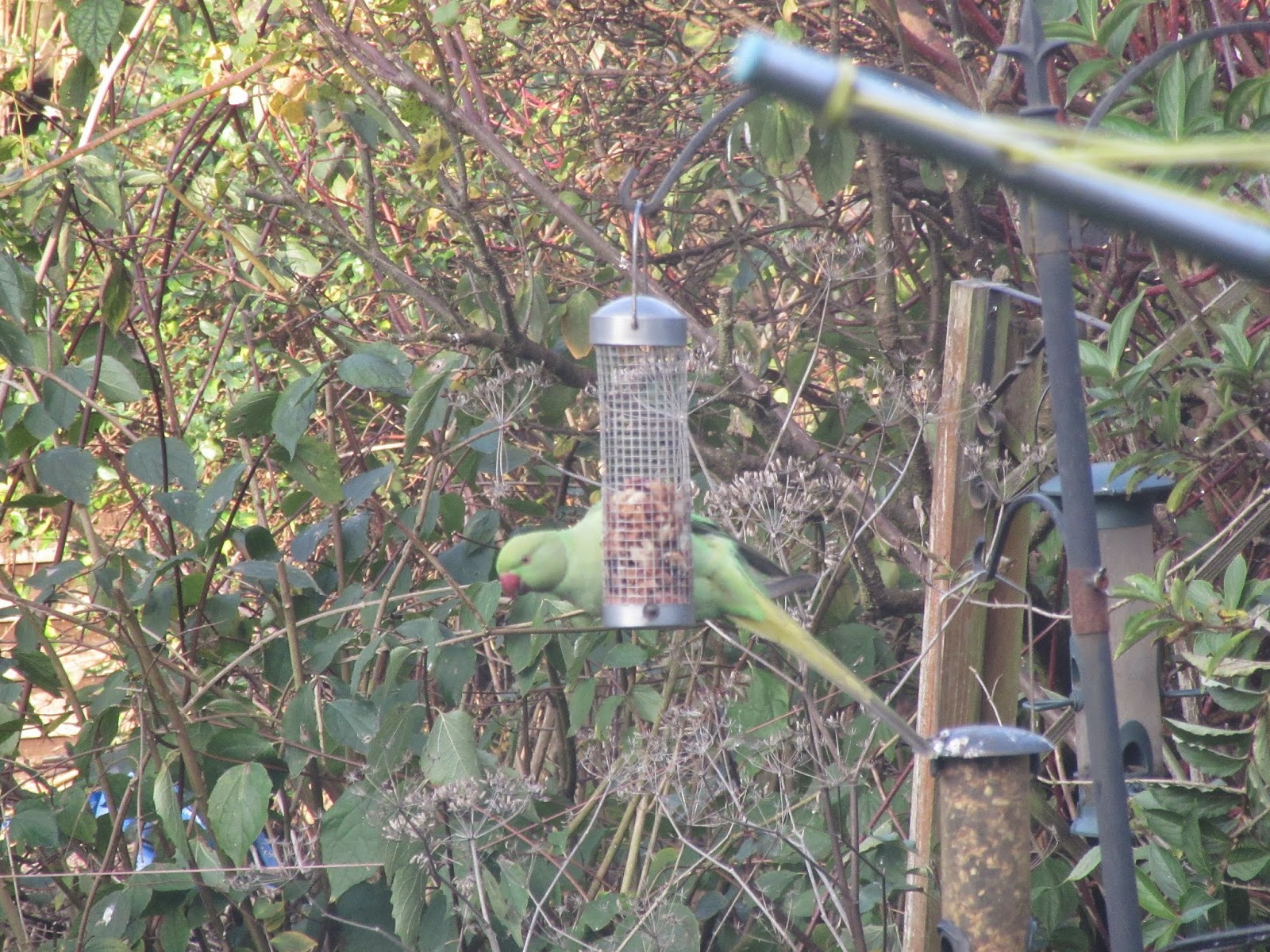 This was one of our visitors captured on my new camera. I have seen large flocks of ring-necked parakeets all over London but this is the first one I have seen in the garden.