We woke up in the Maas River cruising toward Rotterdam, our last port of call. The council had provided free shuttle buses to take us into the city center which was helpful. One thing we found with both Norway and Holland is that out of season everything opens late and closes early so we found an internet cafe while we waited.

We had a walk around the cube houses and found one would be open to the public later so first went to the beautiful Markethall which opened at 10 am. It was an amazing design with apartments all around the market which had beautiful pictures on the ceiling. We found a good supermarket to buy a few goodies to take back. Then over to the Cube House and it was incredible.  Inside it didn't feel like a cube but more like a little old cottage. It reminded me of the crooked house at Southend amusements from childhood trips. Trouble was we had so little time as we caught the shuttle back at quarter to 12. We sat on the open deck as we cruised back up the river to the sea which was a pretty long way. We were really impressed with Rotterdam as we had imagined it to be very industrial and ugly as so much of it was destroyed in the war. The architecture was modern but beautiful. 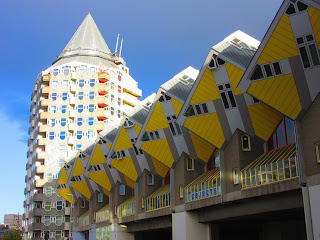 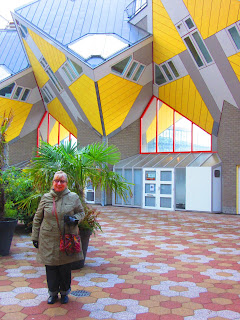 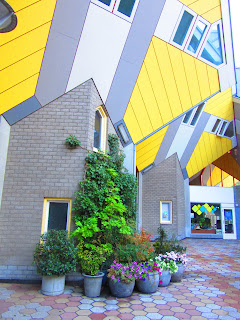 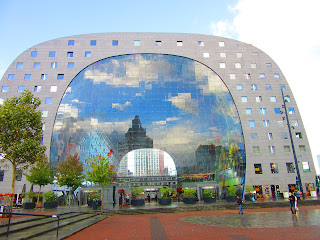 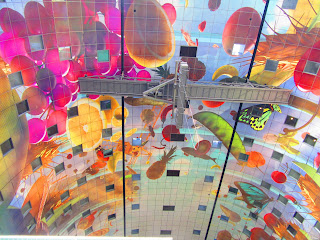 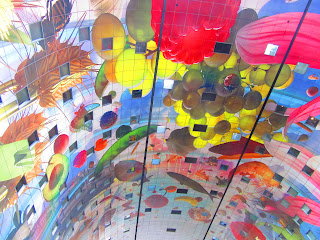 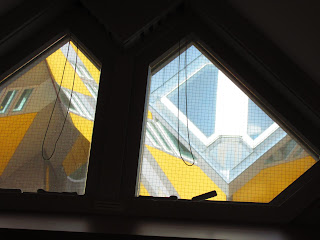 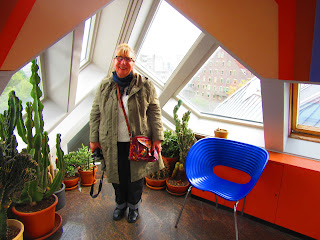 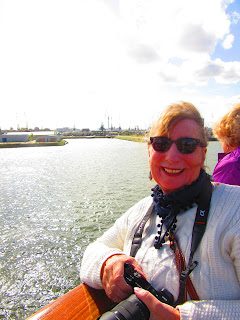 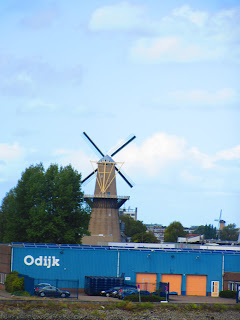 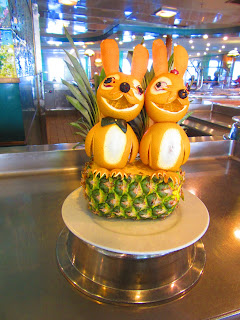 Couldn't resist this picture of the cute fruit carvings the chefs created. 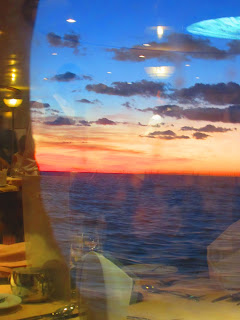 Sunset from the restaurant on our last evening.

We went to the on-board cinema again to see "Wonder" based on a true story and it was really heartwarming. Back to the cabin to pack and for one last night. The next day we woke up to the sight of the Isle of Wight. Couldn't believe it was all over.
Posted by Jean at 11:41