Can't believe we are nearly at the end of February and I haven't posted. Well I have accomplished some goals for this year. One thing being to see more of family and friends so last Monday I went to visit oldest sister and BIL. I don't like driving there but I can get a bus which has a stop less than two miles from their house and then my sister picks me up in the car. I use my bus pass so no cost to travel. Next week I am going to see 2nd sister and BIL but happy to drive there as I can go through villages and it is only about 35 minutes. Younger sister and BIL visited me since I moved to see where I am now. The older ones can't do the driving now but my niece will bring her parents over in the spring.

I am putting my mark on the new home and feel very comfortable here. Tomorrow I will make a start on sorting pictures to put up in the bedroom.

My aim is to walk for half an hour every day but that hasn't always happened due to very wet weather. Yesterday I walked in our town park and today was along the river so a few photos. 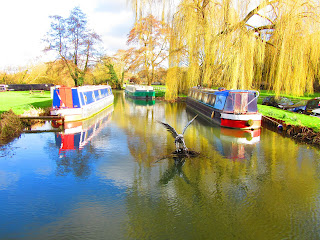 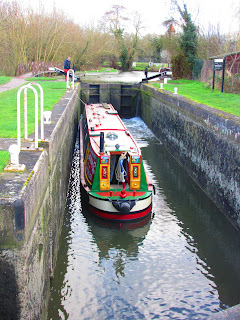 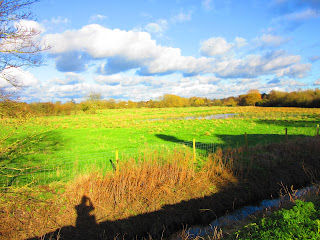 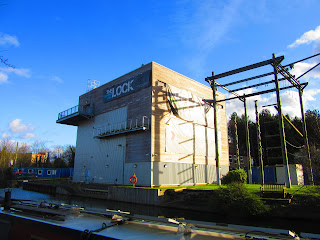 The last picture is the climbing wall and big climbing frame. It used to be the outdoor pursuit centre run by the council where son learned to canoe and DD and I did various activities. I think canoeing still goes on.

I also had a few days staying with DD in Clacton although she was too poorly to do much. It was good to see her though and also visited DB's brother and SIL. I managed one short walk along the sea front.

I have also got back to doing more cooking again now I can eat properly so a fairly busy month.

Well I have been here over two months now and felt at home from the start. I have been planning this for over two years and can hardly believe it has happened at last. So how did it start?

In September 2010 my son and his first wife moved to this housing association flat as soon as it was built. I loved it from the start. Well a lot happened in the last ten years and now son has been with his partner for 6 years. 3 and a half years ago they married and they have a two year old daughter so the one bedroom flat became rather cramped.

My three bedroom council house with a large garden just became too much with my own health not being good for the last couple of years and DB too disabled to help and needing help himself. So a plan formed of finding a family in a two bedroom house to do a three way swap. Our council will not let you move to a property that has more bedrooms than you need. I could stay in my large house for the rest of my life but once I left it had to be one bedroom which suits me.

The plan was held up while DD sold her house and with furniture and dogs moved in with me while she looked for somewhere she could afford. It took longer than she planned but finally last July she moved into her home and we could look for a suitable property for son's family.  That didn't take long as so many people wanted a bigger house in our area. Also as I had lovely neighbours I wanted to find a nice family to be their new neighbours. Anyway we found them and after all the forms and inspections etc we finally moved in November.

I can't believe how smoothly it all went. At ten to eight in the morning two men and a van arrived to load my much depleted belongings. Before ten we arrived at my new home. DS and DDil were loaded and ready to go so they drove round to their new home. The people there had a little delay with their van but were nearly ready so then they were off to my old home.

I am about 6 minutes walk from my old home so less work than when we moved there over 31 years ago from a village about 40 miles away. I am a bit nearer to the town and Sainsburys and also the town park which is a couple of minutes away. The river is just as close so here are a few pictures of my walk by the river the other day. 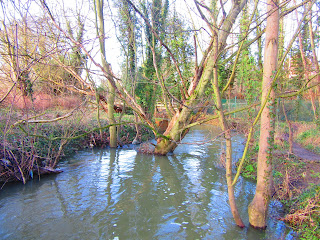 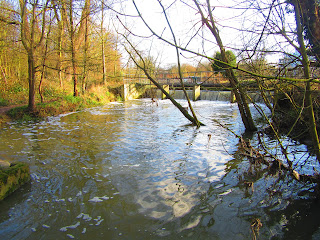 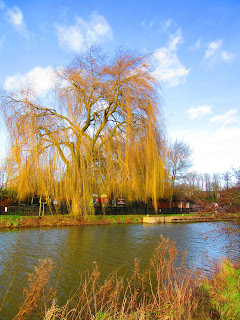 I don't have a garden but am on the ground floor with doors out to my patio so am happy with that and having so much green space nearby without all the work.  Once I get the patio how I want it I will take more photos.