It's been a mixed bag this month. I have been doing all my usual frugal things plus filled my rucksack again last weekend with windfall apples from waste ground. I cooked some and they are in the freezer and fridge to be added to my porridge most mornings. Then I made a lovely puddingy Dorset apple cake which DB loves. I also tried a new recipe I found on a a blog for apple and courgette loaf. I added walnuts to this as I had some I wanted to use up.

I went to Lidls last Monday at 8 am hoping to get one of their veg boxes but they didn't have any. I saw them in the Lidls near my daughter's in September when we were staying near her. I wouldn't have used them while we were away so left them for somebody else. Before I went to Lidls I downloaded their app all ready to use. I did a large amount of shopping to avoid going again for a long while as I have to drive across town for this shop. I was so cross with myself as in the end I forgot to use it. I did make a phone query as to whether it could still be scanned as I had the receipt but they said no. I did suggest their staff enquire if we had the app as other stores ask if we have their loyalty card. They said it wasn't possible. I watched the program about Lidls the other week and part of the reason they can cut prices is because the employees are so fast in everything they do.

I did get a very large chicken as a special offer, jointed and froze the parts separately. Then the carcass simmered away in the slow cooker overnight and made 8 portions of lentil, sweet potato and butternut squash soup. One of the breasts made a meal for two with lots of roast veg.

On the other hand I have bought quite a few things on-line. I used to have a four wheel shopping trolley for years before it finally fell apart so I replaced it with a two wheeled one. I find it really makes my back and shoulders ache and as I live close to the town I prefer to walk for shopping unless I am visiting Lidl or Aldi. This week I noticed a black Friday deal for a very nice 4 wheeled trolley nearly half price with free delivery. I took the plunge and ordered it yesterday before the deal expired.

Most of my walks have just been nearby along the river side as the weather hasn't been brilliant. A couple of weeks ago I thought I would do the golf course walk as it was closed due to lockdown. It was beautiful on the course and not a soul about. 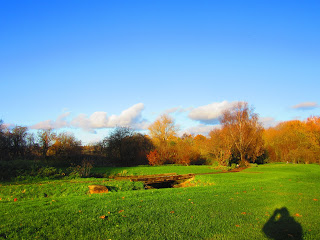 The trouble was when I got into the field to walk down to the river it was so boggy I was sinking up to my ankles and it was very tiring. Thank goodness for wellies. The last time I did this walk the field was covered with daisies and now it resembled a lake in places so I had to skirt right round the edge of the field. 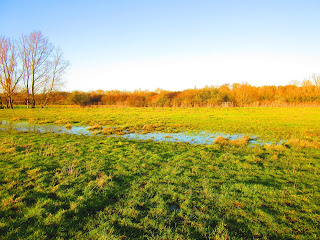 The next field had loads of strange mounds. Not sure if they were molehills or just a result of being waterlogged. 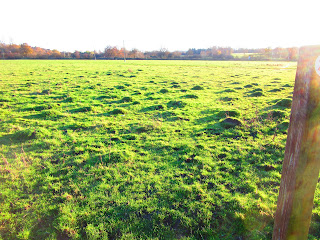 It was a relief to get on to the tow path.

No I'm not talking about covid. Just things in general. I drove up to a little village a couple of miles away so I could have a walk and also buy some stamps and envelopes in the little village shop which I thought had a post office. It turns out the post office closed about 10 years ago although the owner told me there was a post office in the village hall at certain times. I got chatting to him and he told me he lives in North London. So that was the second change after finding out about the closed post office. Years ago a local would have run it. I knew the street he lived in as DB lived there as a child. If there was no traffic and no accidents he could probably do it in half an hour but as the roads are the M25 and the North Circular that is very unlikely.

The other change I thought about was here I was aged 70 walking miles and climbing stiles for fun. People did walk for fun when I was young but I didn't know many and certainly not my mum or any of her friends. We did walk because we didn't have a car and sometimes couldn't afford the bus fare so walking was a necessary evil. I am very grateful that I have the choice and the health and strength to walk when I want to. Generally nowadays other walkers I encounter are older people too who have the time. 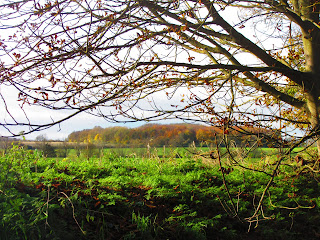 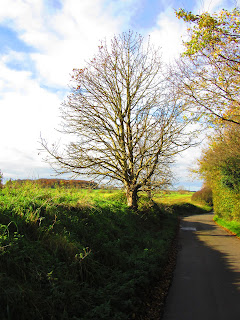 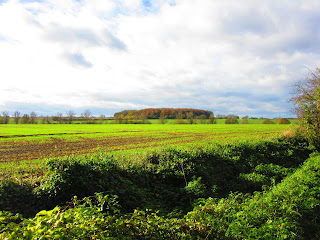 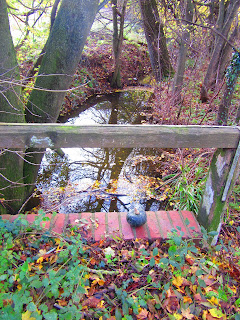 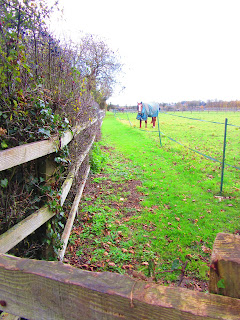 It was a beautiful day and an enjoyable walk.

Another change I thought about was my diet. There were so many foods I had never tasted as a child which I eat regularly. We did have tinned salmon but never tuna. I had never had an avocado or aubergine. This week I made a lentil loaf. I used to make it often when I was feeding a family but this week was the first time for ages but I do eat lentils on a weekly basis. I'd never even seen a lentil. My experience was probably different from a lot of people as my mum didn't like cooking partly because she had a big family to care for and not much money. My dad would have been horrified if she'd given him dinner with no meat. Rice was for rice pudding and we never had pasta. One meal my mum did cook which I loved was minced meat with onion, carrots, barley and dumplings. I still make that so some things don't change.

I thought it was about time I did a post and not much happened so how have I spent the first week in November?

A couple of afternoons DS and little GD called for me and we went over the town park. Although pet's corner is closed, some of the animals are in the fields and GD loves them. She thought it was hilarious when two goats climbed up on some piled up pallets and clashed horns. The colours of the trees are beautiful. 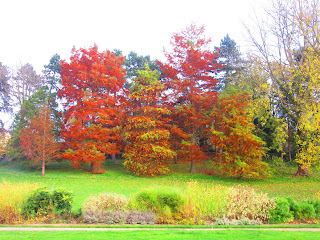 I walked along the river a few times. One day I walked to a small industrial area that has two apple trees growing on some waste ground. I only took the windfalls but they were good and I filled my rucksack. I spent one evening preparing some to have a go at making apple butter which I had in America but never seen here. I found several recipes so picked the easiest and cooked them overnight in the slow cooker. I blitz them in the nutribullet and then thickened them up on the stove top. I don't think it is exactly the same as the one I had in America but it is nice.

DB had some problems with his desk top so before the lock down I drove 10 miles to leave it with a friend who looks after our digital devices. I stopped on the way back in the Lee Valley to have a walk. It was drizzley but mild. 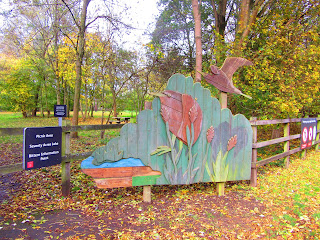 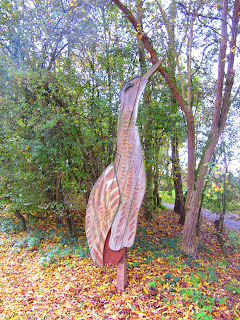 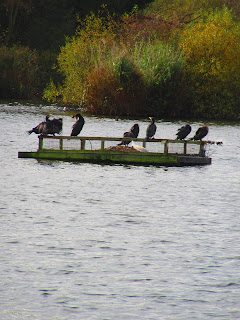 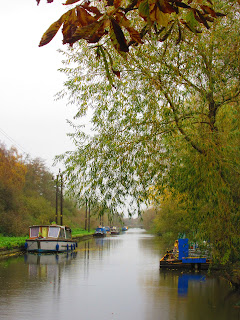 I saw Great crested grebes, parakeets, cormorants and many other birds but the bittern hide was closed. I have seen the bitterns in the past though.

I took GD out once to the park and another time to a pond to feed ducks. They have all been poorly so she hasn't been to nursery for a couple of weeks. DS had a covid test at the end of October as he was coughing but thankfully it was negative.

I made apple and cinnamon scones and baked apple pancakes.  I am also sorting out some paper work. So along with all the other daily activities I have been busier than I thought.