I used to love carnival processions but the town stopped for years then when it restarted we missed it for a couple of years. We decided to go today but it was pouring!  It started across town and finished in the town park near to us. We watched the start live on Facebook but there didn't seem many floats. Anyway we eventually dragged ourselves and the dog out into the rain. The last float was pulling into the park.

It was a shame the weather was so awful as the participants must have worked hard.

The main event of a free concert was cancelled but music was coming from the beer tent which we couldn't enter with the dog. There were still quite a lot of people around in good spirits and the dog enjoyed being petted.

We had a look round and then retreated to ds and ddil's nearby. 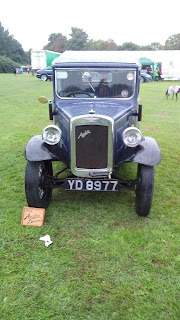 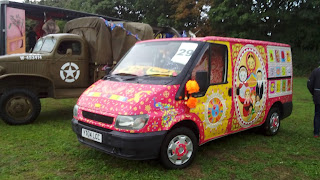 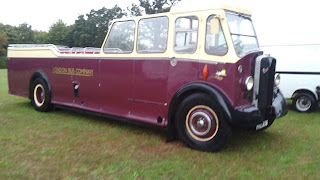 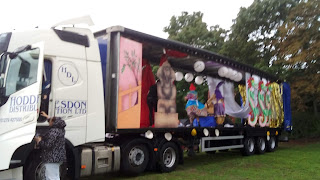 A selection of the carnival entrants.

Probably not a good idea to hold an event on bank holiday weekend when it usually rains!

I discovered Andre Rieu and his orchestra on You tube some while back and really wanted to go to one of his concerts especially an open air one in Maastricht. So when I saw the Newmarket travel brochure had two night trips including the concert I decided it was a possibility but I had so much going on I couldn't book until the last minute. My older sister was keen to come when I asked her as she is also a fan.

We got the last two seats allocated to the company so we didn't have a brilliant view but the atmosphere was amazing.

The downside of these coach trips is that we stayed quite a way from Maastricht at Brussels airport so not even the same country. I drove to my sister the previous day and stayed over as we had an early start. A friend drove us to the pick up point, drove off and then my sister realized she had left her stick in the car so eventually the friend came back with it. A mini bus arrived to take us to the main coach and we hadn't been going long when a man asked if his small bag had been put in the boot. It hadn't so he was sure he had left it at home with their passports! We weren't far from his house so the very obliging driver made a detour and retrieved the bag from the banister where it had been left.

We still boarded our ferry on time and reached our hotel early evening.

The concert was the next evening so we had a few hours in the afternoon to explore Maastricht.
We were allowed into the square quite early so did lots of people watching. There was also a warm up act of a marching band which was great. 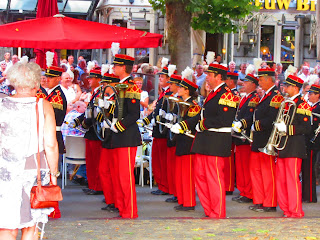 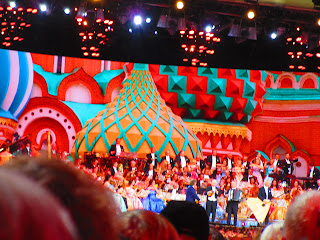 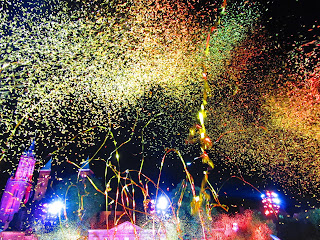 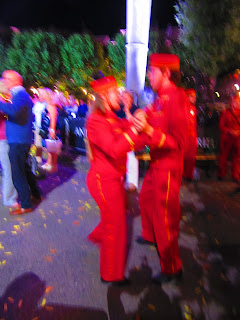 Even the stewards were dancing. 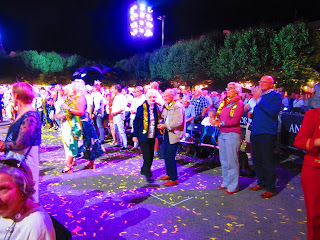 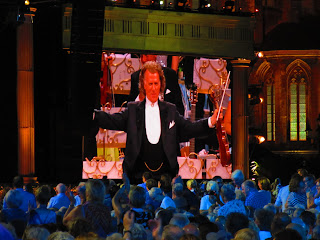 As you can see it was a very colourful joyful event. We got back to our hotel at 2am so very late for us and thankfully we didn't have to get up too early as the driver needed his sleep too.

We were very happy that we went as it was quite an experience.
Posted by Jean at 12:53 2 comments:

Scary roads!  I don't do much driving nowadays. Just around town and to visit two of my sisters who live about 20 miles away in opposite directions. I can get to both of them along country roads which is fine.  My daughter used to do long journeys across the country but now she is unwell local short trips are her limit.  She is looking for somewhere to live on a low budget so when she saw a mobile home for sale about 60 miles away I agreed to take her to see it.  The first part of the journey was on a pretty road through villages which avoided the motor way but then I had to get on to the A11 which went on to the A14 and then back to the A11.

I found the speed quite terrifying at first especially when I had a huge lorry thundering along behind me right on my tail. It was a relief to get on to the smaller road into Mildenhall and then up to the village. For various reasons the home was not suitable mainly because although it was dog friendly the friendliness did not extend to large dogs such as dd's greyhound.

I was quite happy driving around the little town to find a parking space so we could have a browse. Then it was back to the A11 and queuing for ages in the heat to get across the roundabout. The next day this roundabout was on the local news as the council have agreed it needs traffic lights. Exactly what we said. How people do this sort of journey every day to and from work I just do not know.

My last job was 7 miles away up a narrow lane that tended to flood and was un-gritted in the winter and I worked nights and sometimes had to drive down it in the small hours to be with a resident being taken to hospital by ambulance. I hated the snow and ice but even that was preferable to the big fast scary road!
Posted by Jean at 11:33 1 comment: