A walk in Burnham on Crouch

Two friends had asked to come with me on one of my days out then one was ill and cancelled the day before and the other was also not well and not sure if she would come. We had planned London but in the end on the day I prepared to go on my usual bus journey and walk and was glad I had as last minute was a message to say 2nd friend not well enough.

I used my bus pass again to travel to Chelmsford and then to Burnham on Crouch. The journey was lovely as all through the countryside with wonderful views.

It was a bit breezy at first as I visited the tourist information office for leaflets then sat by the river to eat my packed salad and bought tea.

I know this area fairly well as about 40 years ago db and I had a weekend in the Anchor Inn right next to the river for our anniversary.  Then over 20 years ago we had a few days in our camper van on the camp site at the end of the high street.  I have also had a few day trips here but not for a long while.

I decided on a route I had not taken before, along the river to Creeksea, around the Marine which I don't remember from before then heading inland along hedgerows of plums and blackberries which were very welcome for dessert.  The sun shone and it felt like a real Autumn day. The worse bit was crossing a railway line which made me very nervous although it was only one track and few trains travel on it.

I finished the day with a cream tea in the Georgian tea room garden with a big pot of coffee.

Then a final walk around for last photos of the clock tower and the yacht clubs in the other direction. 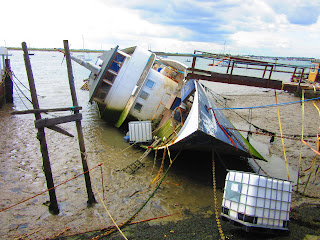 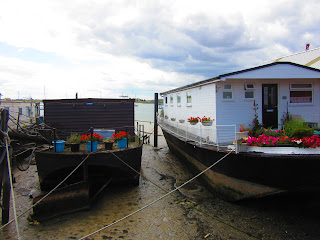 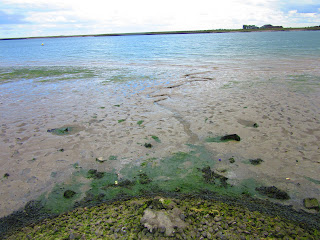 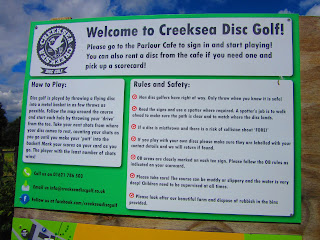 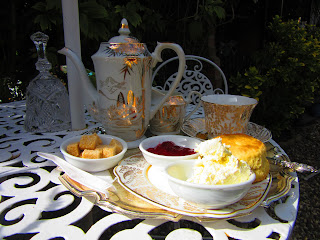 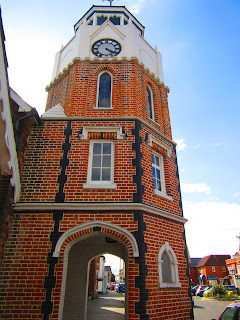 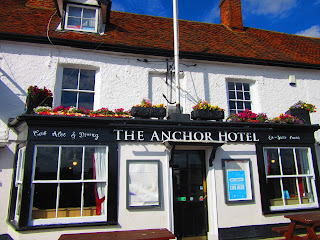 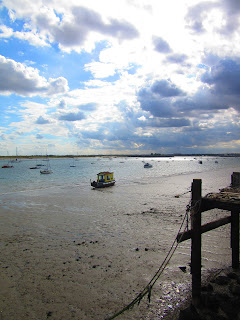