I had planned a walk that did not include the park. I walked to the river and went past the marina intending to walk along that side of the river until I got to some footpaths I hadn't explored. However further along the path was closed. I went back and crossed the river intending to carry on with the planned walk but there were a couple of families with children running about so I crossed the field and walked along the brook until the zigzag bridge which crosses the railway. It's old and probably viewed as ugly but there is a certain beauty about it and the view from the top is good. 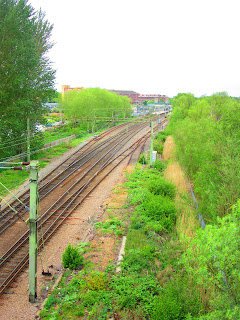 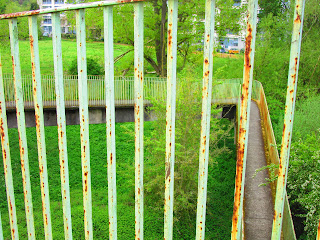 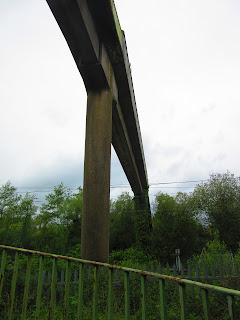 Then I entered the other part of the park and that's when I felt sad seeing everything shut down. There is an adventure play ground, two outdoor gyms and last year a new inclusive playground opened for younger children and the disabled. Little granddaughter loves that bit and we had such fun there. I last took her there the week before shutdown. I have been coping well and making the most of video chats but suddenly seeing that park caused a wave of sadness. 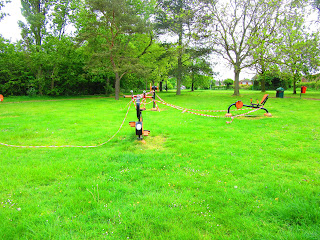 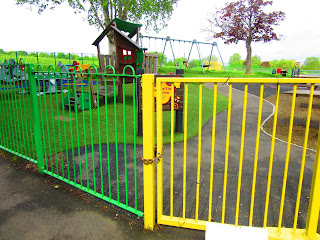 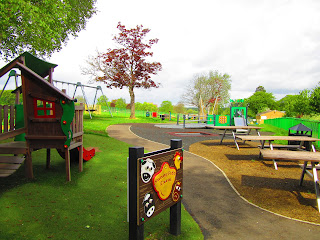 I cheered up when I saw the beautiful azaleas but decided to avoid that part of the park for now. 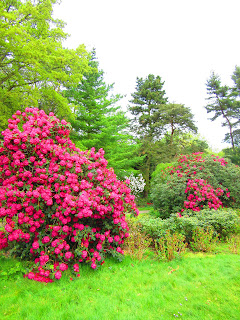