I had my first outing to London for two years apart from changing trains a few months ago. A friend arranged the 7 bridges walk Saturday evening as London is beautiful all lit up. I traveled up with another friend to meet a few others at the London Tower viewing platform. 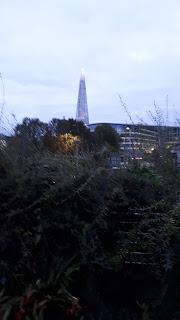 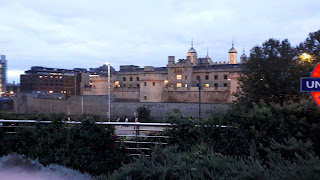 We crossed Tower Bridge then walked up to Westminster Bridge crossing each bridge as we came to it so alternatively on each side of the river. I couldn't believe how crowded it was after being a hermit for so long. I used to stay in London Youth Hostels for a couple of nights when it was Open House weekend and was used to walking about in the crowded streets. It was good to be walking about in London again though. I took a few photos but being with a group I didn't get a chance to set my camera right for the dark. 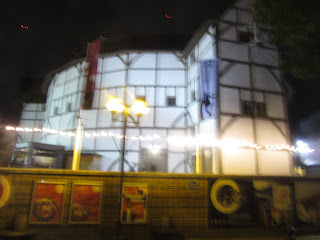 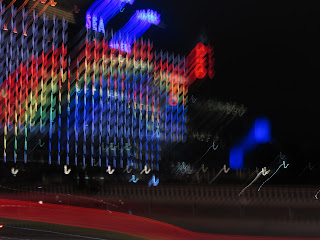 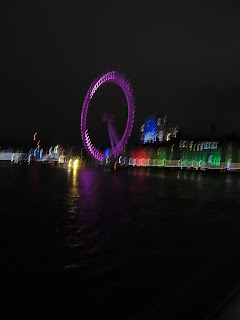 The Globe and the London Eye are recognisable but I just felt the middle photo of a random building was interesting.

It was good to be out and about with friends again but still a bit stressful although enjoyable. It will take a bit of getting used to after my solitary rambles in the countryside.