scarecrow festival. The heritage open days used to include some weekdays but around here it was only Saturday and Sunday. On Saturday afternoon I took little GD to Scott's Grotto which is in a small town further up the river. I have been several times before but first time for GD. The description of it is a series of interconnected chambers extending 67ft into the chalk hillside. Apart from the entrance and the final chamber, it is completely dark so torches are needed. GD loves torches so she enjoyed flashing the torch into the dark tunnels and recesses. The walls are covered with shells, flints and coloured glass and took about 30 years to build and purported to cost £10,000. We ended up feeding a swan on the river and waving at a wedding boat which pulled up opposite.

I had planned to take her to Gibberds Garden on the Sunday afternoon. I've been lots of times but GD only once when she was just 1 year old so she couldn't remember it. Then Sunday morning I heard there was a scarecrow festival in the village a couple of miles up the road. She loves scarecrows so as the garden didn't open until 2pm we drove up to the village but in spite of there being parking at 3 sites all spaces were taken. She did spot some as we drove along especially being pleased to see Elsa from Frozen. So we went on to the garden and had a lovely time identifying all the art works. They also had a few little games for children which she loved. I enjoyed my pot of tea with scone and jam. 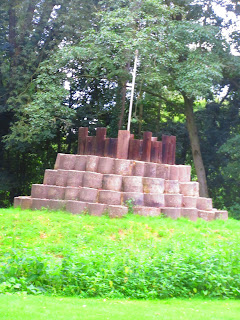 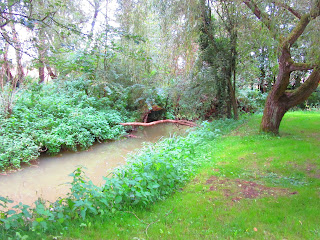 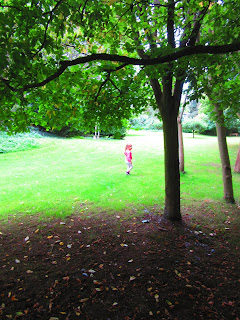 About 4pm we decided to try the scarecrow festival again. This time we did get parked in the school playground and were told we had one hour before the gates were locked so here are the photos minus the ones with GD in as I don't put her photos on a public site except the one above in the distance. 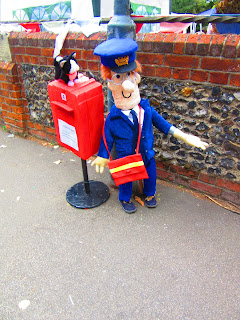 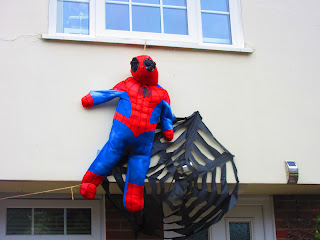 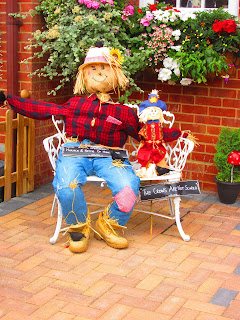 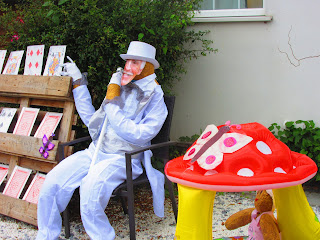 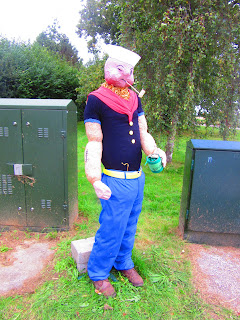 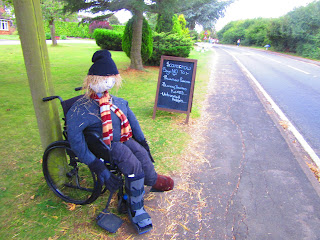 Apparently there was a lot going on apart from the scarecrows such as live music, a tea tent and various other stalls but they were packing up by the time we got parked. Anyway it was an enjoyable if tiring weekend.