While I was visiting DD at Clacton we went to the National Animal Welfare Trust Clacton fun day and dog show. DD is too poorly to do anything for long but it was just along the road to the nearby village so we went for about an hour with one of her dogs. The other one is too old to get in the car or walk far. We had a walk around the stalls and I bought a reusable sandwich bag. I decided once I get the right fabric I will make some for gifts. Then we had the mandatory coffee and cake. Well it is all for charity. 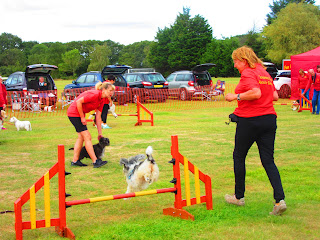 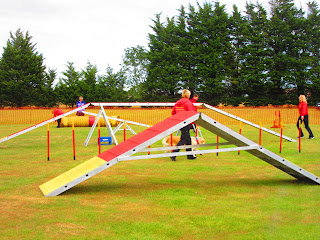 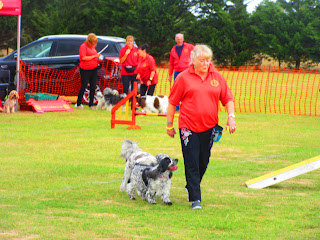 First we watched the agility competition. Some of the dogs were amazing but so were the owners. They had to be very fit running round the course with their dogs.It was very enjoyable. 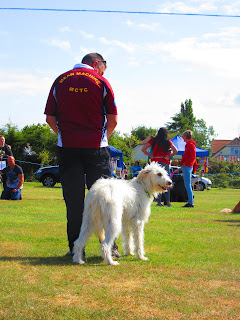 This is the rescue dog class and this was a lovely but nervous lurcher. We had a nice chat with it's owners who used to have a greyhound. 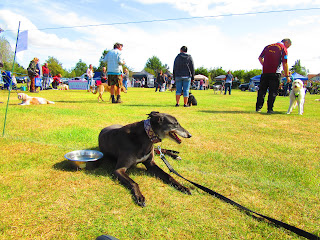 Poppy showing no interest in the rescue class. She wasn't entered but last year while living at mine she won eldest veteran. There were so many entrants it took ages so DD couldn't cope with staying that long so we just watched for a little while. 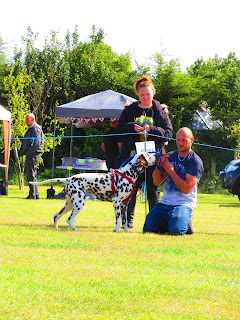 We learnt later the charity made a lot of money which was good.
Posted by Jean at 10:49