An early start as we arrived at Stavanger and left the ship at 8am. We had a wander round the lake and cathedral then around the old part of town with little courtyard gardens and white wooden houses. We found a few stalls selling knitted goods and would have bought more if we realized how much dearer they were every where else. We visited the canning museum which was very interesting. There was a little cottage next door which had closed for the season but the very nice Curator of the museum opened it for us and we had a private tour. The rooms were set in different eras with original furnishings. We did like the stoves which are still a feature of homes now. 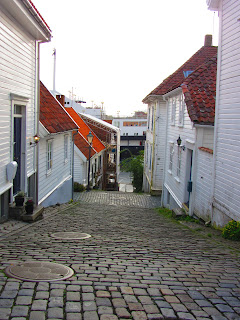 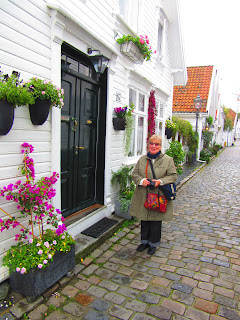 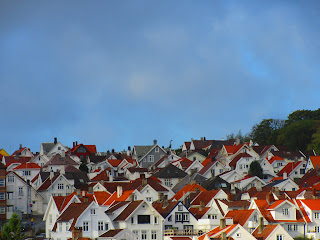 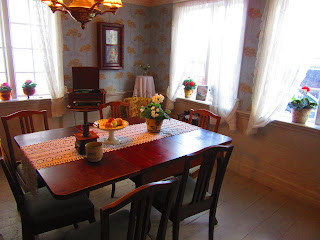 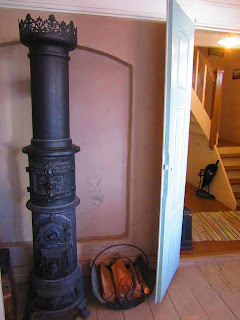 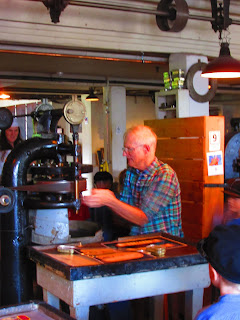 It is such a beautiful, quiet city and we were very impressed with it. The rain had cleared and was hot and sunny so we sat on the deck with a buffet lunch waiting to cast off. Then an announcement to say the storms were worse and we would stay for another day. We were very disappointed to miss a second fjord visit. We made the most of it and went back out. We had hoped to use our tickets to go into another museum but everything closes at 3pm after August so we found a lovely book cafe with free internet and sat outside people watching and contacting friends and family.