While DIL's mother was here from Canada we visited this beautiful park and hall free of charge. I had been looking for free or cheap things to do and found this about half hour drive away. The grounds were beautiful and the hall was interesting too. It is a grade one listed Jacobean Manor house with a very interesting history. It was built in 1632 and has an intact 18th century landscape with an ornamental lake, medieval fishing ponds and streams and a walled garden.

I was talking to a friend about it. He grew up virtually next door to the grounds and his father used to drag them  there every Sunday. All the locals referred to it as Bowleses place as it was later bought by a Parker-Bowles relative of Camilla. My friend said that his grandmother was assistant nurse maid to this family. I never knew about this hall until I found a leaflet then visited and it is so close to us.

The estate is on the site of the former Elsyng palace which belonged to Henry the V111 and was home to Elizabeth 1 and Edward 1V. We had a very interesting time in the hall and a lovely walk in the grounds where we ate our picnic. We did visit the tea room for coffee and I liked the old tate and lyle syrup tins they used as utensil holders. 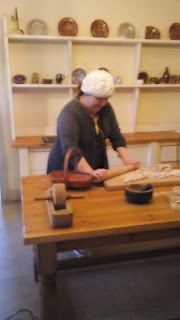 DIL trying out the rolling pin in the Hall Kitchen. 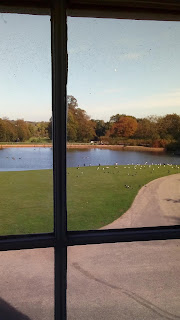 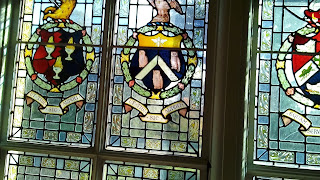 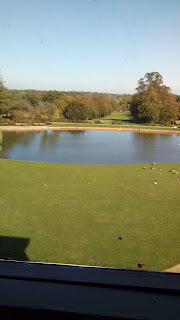 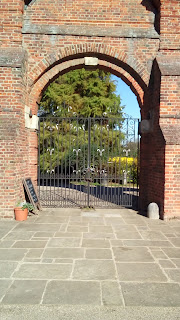 So apart from the petrol and the coffee a free day out and I might visit again using my bus pass and taking a flask so it will be completely free.
Posted by Jean at 11:51