We did get to Flam finally after our detour but did not have a berth so needed to have a tender to take us to shore. The one excursion we had booked was the Flamsbana a spectacular railway journey up above the fjord. We stopped briefly at Klosfossen waterfall for photographs. We then carried on to Vatnahalsen hotel where we had been promised coffee and the most delicious waffles. We didn't think much of the waffles as they were dry and it was a bit of a scrum helping ourselves. We did enjoy the journey though and the hotel was a lovely old building. 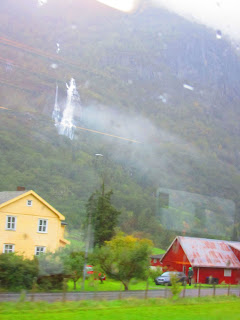 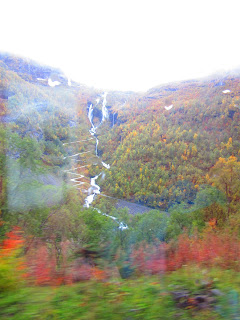 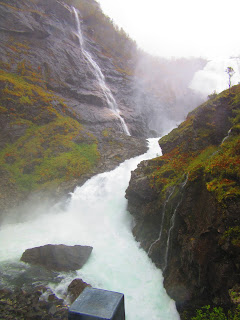 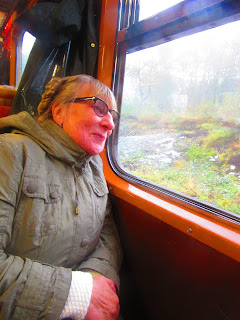 As we were here for the day we wanted something light to eat but being Norway it was so expensive. We found some street food with sheltered tables so C had lamb sausage in a roll and I tried the reindeer. It was delicious and we had lots of little sparrows lined up for the crumbs including a couple of brave ones which took it from our hands. 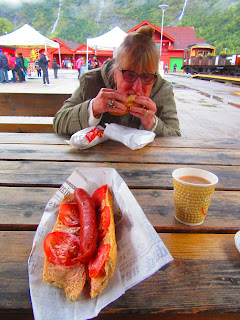 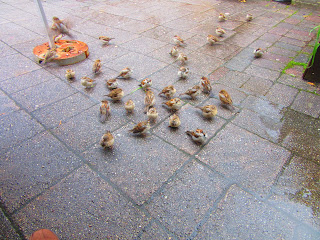 We decided on a walk after lunch and it was beautiful along the river to Brekkefosse waterfall and back down the other side. Much to my delight we saw a Dipper in the river which was the first time for years. 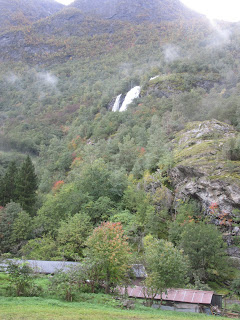 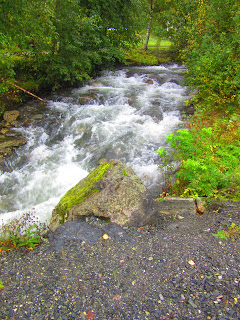 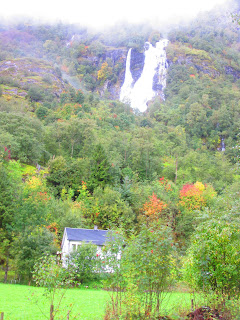 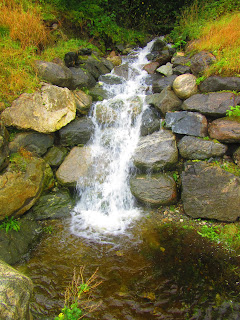 We did a little shopping then and a wander round the railway museum which was very interesting and had a nice little gift shop. One thing we did notice about Flam was a lack of locally made crafts for sale. It would have gone down well there. 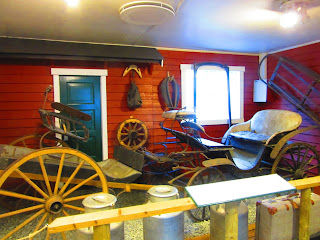 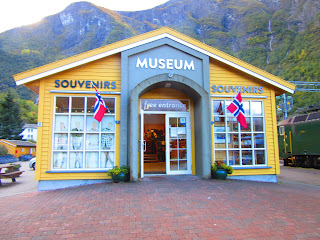 We had the tender take us back to the boat where we visited the buffet for a light snack to keep us going until dinner which was not until 9 pm so by the time that was over we were ready to retire to our cabin.
Posted by Jean at 13:29